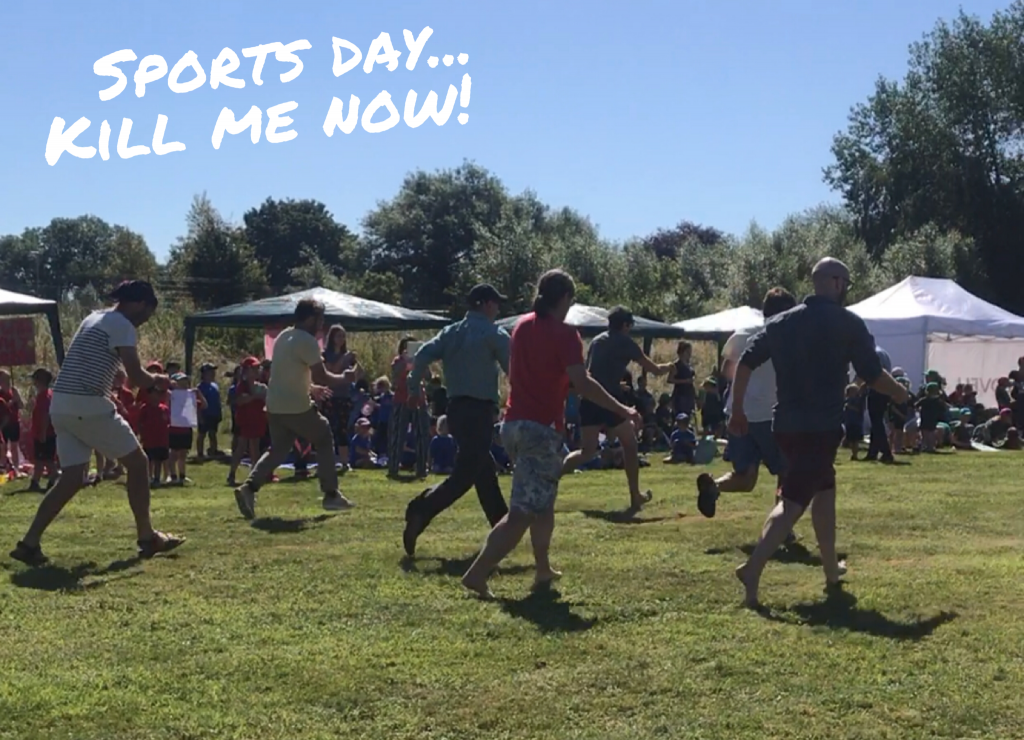 Maybe because when I was in school I was crap at it? My biggest sports day achievement was once coming third in the wheelbarrow race. I was the wheelbarrow of course. It’s a wonder my poor wrists didn’t snap I was such a fatty. That was the only time I ever won anything sport related. The only running I did back then was sprinting to the kitchen when my mum called us to say the Arctic Roll had thawed.

In school I was one of the drama crew. Give me a show any day lovey! Sports day has no music. It has no lights or dance routines. It doesn’t even have any costume changes…

After the recent trauma of attending my six-year-old’s day of doom, I thought I’d do a ‘Top ten things I hate about sports day’… Just for a laugh like innit.

Anyway it’s a step up from last year’s sports day when I’d been out for my mate’s birthday the night before. I was so hung over all I could do was sit on the grass eating crisps from the PTA stall and shouting encouragement through the legs of all the other (normal) mum and dad’s legs. I thought my lack of enjoyment last year was because of said hangover. Little did I know the whole event would be even worse sober.

Please Re-Tweet or share on Facebook if you, like me, detest sports day. Why not head back to my latest Insta post with your stories or comments? Maybe you could even tag a friend who you think might enjoy? That would be ace!

Thanks. Love you. Bye.