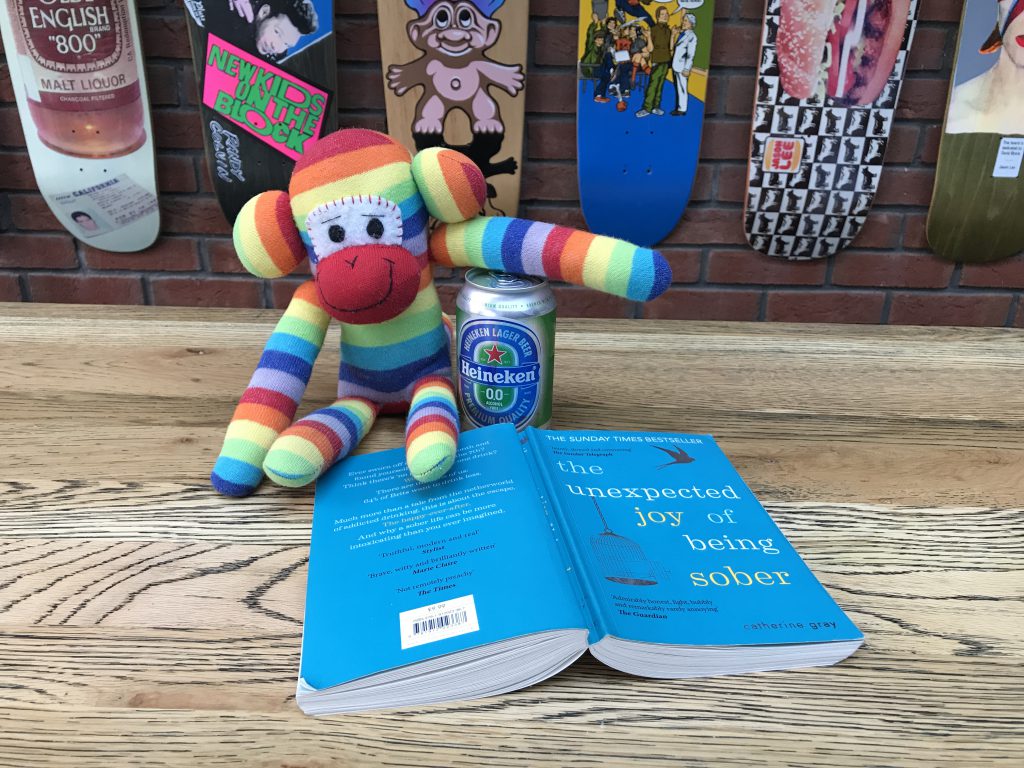 Since I quit booze seventy-one days ago (not that I’m counting) I’ve found one of the hardest things is telling people.

I mean do I go dark and say…

I quit booze because I was once so drunk at a party I threw up all over myself, took myself off, stripped naked, got into bed and fell asleep. A little while later, whilst unconscious a guy crawled into bed beside me and sexually assault me.

I once decided to drive, without a seatbelt after a twelve hour drinking binge and crashed my car into a ditch, totally smashing my face up and ending up in A & E.

My abusive father had a drink problem to the point he would put drink before anyone and anything including his wife and family, which was the main reason my mother left him and raised us as a single mum.

Maybe I could tell you about…

The strong history of addiction in my family – including my grandmother who was addicted to prescription drugs. When she died and we cleared her house we filled six black bin bags full of various tablets we found stuffed in pillowcases, sock drawers and tea pots.

Or perhaps I should start discussing…

My mental health and the fact that whilst I was pouring a steady trickle of the potent drug – ethanol, into my body, I was waking up with such dark feelings of despair and sadness. And that all I could focus on, day-to-day, was the big ball of crippling anxiety that filled my chest.

But nobody wants to hear that shit right?

I mean I’m not a total feckin buzzkill. It’s going to be hard enough getting a party invite now that people think I’m a boring, sober, social pariah without killing the vibe with any of that doom and gloom.

Because let’s not forget what a total laugh booze can be. And let’s not demonise it too much here. Ok so my relationship with booze has not worked out, and yes, we have had to split up. But I will not be burning all the photo albums and erasing all the memories. Even though we’ve had bad times I’ve also had some of the best nights of my life when drunk, and let’s face it, booze has given me some of my funniest stories to date.

So when people ask me why I quit booze, I’ll give a cheeky smile and tell them about…

So there we have it. All the mega LOLZ right there! No need to be all down in the mouth about it surely? I didn’t kill anyone did I? Just acted like a bit of a tit. I can definitely look back at these times and laugh. Because sober doesn’t have to be serious. Booze free doesn’t have to be buzz free. Dry doesn’t have to be… well, dry.

So if you see me out clutching my Becks Blue, and you ask me why I’ve quit booze, get ready for one of these answers. And do me a solid will you? Laugh like it’s the first time you’ve heard it. (winks)

Thanks for reading! I love writing this blog, but I do depend on you guys for likes and shares to keep me going. Please head back to my latest instagram post and comment, like or tag anyone you think may enjoy.