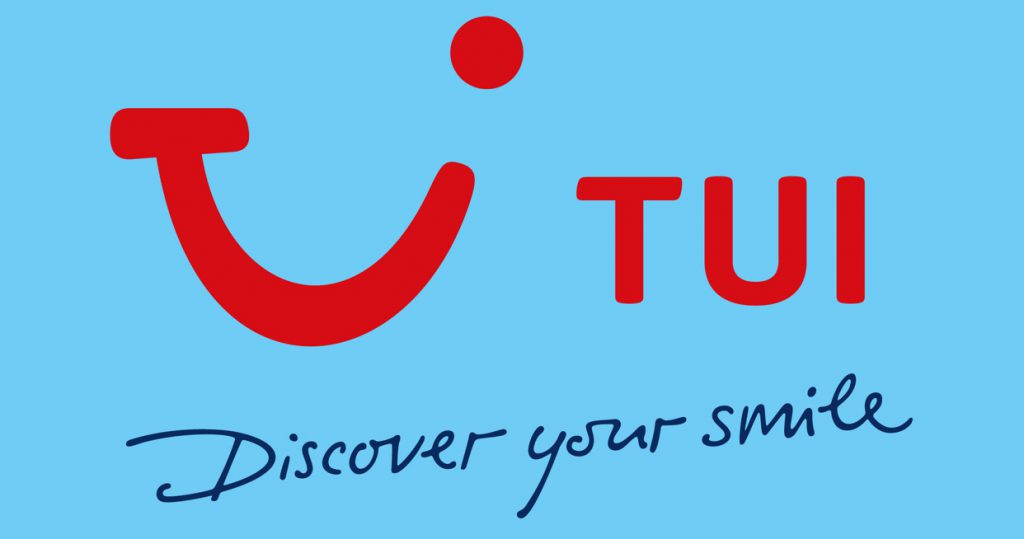 My 6 and 4 year old were excited beyond belief, as were we all. We booked with Tui as we wanted an easy and organised affair. Ahem.

We landed in Lapland at 12pm only to be told by the Tui ‘elves’ that we couldn’t check in to our luxury (paid extra for) cabins until 4pm!!! We’d been up since 4am… AAARGH!! The kids were knackered and in need of lunch and we were desperate to dump our stuff and explore in the little daylight that was left, but no, we were to wait in the reception of a really awful, cheesy hotel called the Crazy Reindeer, for what, nearly 4 hours!!?? Really??

Initially I was a bit frustrated at this, but then I thought, ‘Right let’s just suck it up, get some lagers in and chips for the kids, get our snow gear on and have a play in the snow.’ So that’s what we did and it was fab…

Cut to 3pm and the dreaded Thompson’s welcome meeting… WOWZER… it was a joke! Like a 6th form PowerPoint presentation from my teaching days. Windows error popup messages plastered across the screen as the crappy charade began…

Enter stage left an uncharismatic, Northern youngster who called herself ‘Jingle Jewels’. Stage right, on sound, was her sidekick who was kind of a short, squashed Robbie Williams lookalike in a Santa hat.

She read from an iPad in a droning, monotone voice, ‘The only way to spread Christmas cheer is singing loud for all to hear’, (nods to our Robbie who presses play). Take That, ‘Greatest Day’ starts blasting too loudly through some crackly speakers at the back of the room whilst pictures of happy, catalogue type families playing in the snow appear on the screen. It. Was. Painful.

The PowerPoint finishes. Some audience members, including myself are stunned, others are p*ssing themselves, and the rest aren’t even listening but are trying to stop their tired children from killing each other.

Christmas cheer pretty much at 1% at this point Tui.

Following the slideshow we were basically told about all the extra excursions we could buy. And that was it. I’m not being funny Tui, but I wasn’t really in the mood for shopping at that moment in time because… oh look it’s 4pm and I just want to GET TO MY ACCOMODATION!!

An hour or so later (I kid you not) we were still at the Crazy Reindeer. It soon became apparent that the elves did not have a feckin igloo what was going on. People were getting agitated and Christmas cheer was now in the minuses, just like the temperature. It was around this point that the elves started trying to round up all the families staying in the cabins. Needless to say it was a shambles…

By this point I was fuming. I asked the chief elf what was going on. She came up with some lame excuses about mix-ups with excursion bookings and lost families etc. I asked her to remind me of her name. ‘Jingle Jewels!!’ She chirped happily in a cheesy, rep kind of voice. Suddenly I wanted to ram her Santa hat down her throat. I could not contain my anger, ‘No, I’m not calling you that.’ I said abruptly, ‘What’s your real name?’ To which she replied in her strong Northern accent ‘Julie.’ Christ on a bike. Now I’ve got nothing against a dialect (I’m bloody North Walian for god sake) but somehow this elf thing really wasn’t working for me. I rolled my eyes and flounced off towards the coach in a half on, half off unflattering snow suit, slipping on the snow like a d*ck just to top it all off nicely.

On the coach, whilst waiting for the ‘lost families’ the elves tried to entertain us with out of tune, over enthusiastic signing of Christmas songs…(this annoyingly happened a lot over the three days). I wanted to kill every single one of them and I wasn’t the only one.

The elves finally took us to our accommodation sometime after 5pm, but this was also a total joke. By now it was dark and they insisted on showing each family individually to their cabins. This took forever. It was pitch black and the elves kept getting lost in the snow and being utterly clueless. (I hope none of these guys are EVER on directions for Santa on Christmas eve BTW) So I stormed off the coach in a total rage. I demanded to be given our keys and pointed in the right direction. We would find our own way to our cabin thank you very much!!

I’m mortified to say that in my flurry of fury I left all our hand luggage on the coach. By the time I realized, we were in our cabin and the coach had gone. My backpack with passports, wallet, etc. and the girls’ backpacks with iPads and all their stuff inside were now lost property. I wanted to cry. I quickly rang Jingle Jewels (wrong area code on the blurb but managed to work it out) and do you know what she said. ‘No worries!! I’ll see what the elves can do!’ WTF??!!! I’m telling you I’ve lost two iPads as well as all our passports and my wallet!!!! DROP THE FECKIN ELF ACT YOU BELL END!!!!!!!!!!

I seriously needed a drink at this point, plus we desperately needed to do a supermarket shop to get stuff for the kid’s tea (and lager, did I mention lager?), and so I decided to venture out to try to get the free ski bus into the town. Only problem was that on the coach on the way up to the cabins (which were miles away from the town and in the middle of nowhere) the elves happily admitted they’d forgotten to show us where the bus stop was and so in this dark, snowy, unfamiliar land this was going to be a challenge.

Needless to say it was a total disaster. I was so fed up of my snowsuit I’d decided not to wear it. Big mistake when it’s -20 degrees. I ended up stood on the wrong side of the road and in the next half hour, two buses went past me. I decided to give up. I was only in my jeans and it had started snowing. It was dark, and I couldn’t actually feel my legs. Defeated I decided to walk back to the cabins and then, to top off this mother of all days, I actually got lost.

I found myself on a snowy, wooded road and nothing looked vaguely familiar. I really shat myself at this point. I thought I was going to die and get eaten by wolves out there. Thankfully I didn’t get eaten by wild animals and eventually after sobbing and walking round in circles for a good 20 mins I did find my way back to my miserable, hungry family, empty handed and in floods of tears. My husband told me to ‘Get a grip.’

So that was that, our first magical day in Lapland. There was a welcome pack in the cabin, thank god, with bread and breakfast stuff so we gave the kids juice and jam sandwiches for tea (wine would have been appreciated) and then we just hit the sack in the hope our second day would be better.

It’s probably worth mentioning at this point that none of the beds were made in our cabin. God only knows what house keeping had been doing all day (check out was 9am on last day if I remember correctly). 7 hours to strip the beds and throw a mop around? Seriously? They wanna be talking to Irina off recently aired Dispatches who works in The Premier Inn. 20 mins tops for her my loves. Bish bash bosh.

Anyway, if you do the maths we were in Lapland for three days so that first day cost us £1,396.86. Nearly two grand for, not really the ‘Greatest Day’ eh Gary Barlow? More like the sh*test day. Any chance of part refund Tui?? Maybe you could ask Santa for a sub??

Quite seriously though, a friend told me she’s booked a similar trip with you this Christmas. You just need to sort it out. It’s not a cheap holiday and so it’s pretty annoying when things turn out to be so badly organised.

P.s. Day 2 & 3 were better (kind of hard to get worse) and we also eventually found lost hand luggage… BUT this does not mean you are off the hook…

If you think I am exaggerating re the forced fun, please click the link below to get a taste of the hell we faced on every coach…